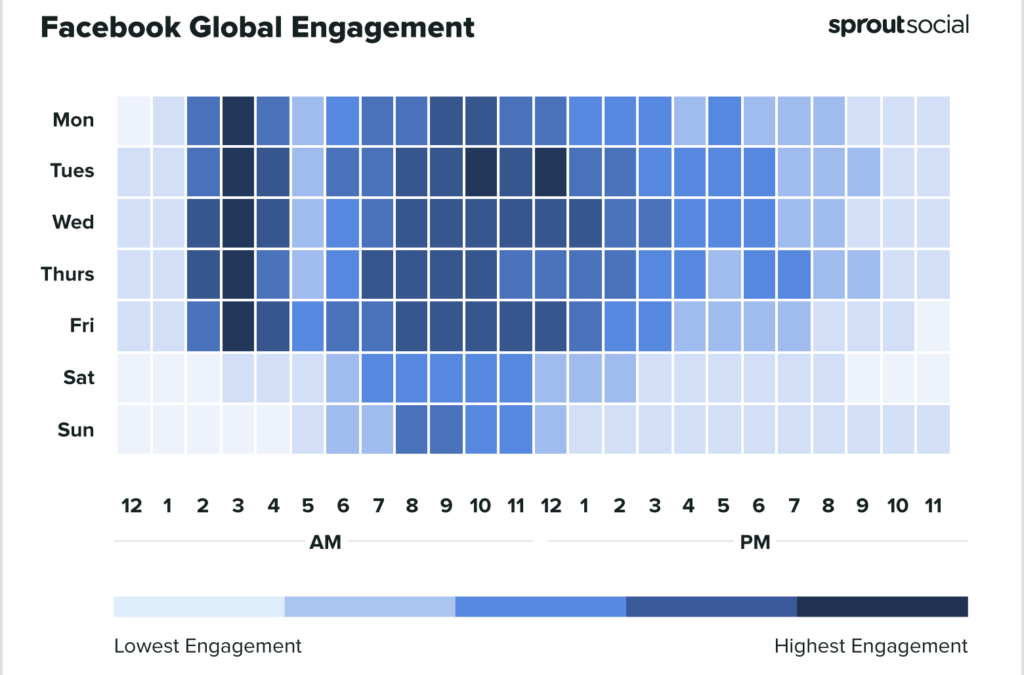 For some people, the best way to learn being effective at promoting your business is to forget what you’ve learned.

For instance, have you read articles like this? Go ahead, give it a click and then come back.

Think this is a good example in marketing where something gets presented as fact, and becomes a best practice millions of marketers follow, but it’s entirely based on incomplete data or flawed logic. In this example, it’s the concept that there’s an optimum day/time for posting to social media.

It starts with some basic data – when did posts scheduled through this tool, across all customers and industries, get the best engagement? That would be cool if they then analyzed why that is, and maybe then that would lead to some actionable insight. But they don’t do that. They just make the logical leap that these are therefore the best times to post, as if that’s the obvious conclusion and needs no explanation, which it isn’t at all if you think about it a bit further.

First, they say this is engagement is on a per-account basis, not a per-post basis, which is actually what you’d want to optimize. Are these accounts simply posting more frequently on weekday mornings, and less on weekends? They don’t seem to control for that at all. That could explain the difference alone right there. Similarly, what if their teams are actively responding to commenters at those weekday times, but not on weekends, spurring more comments and upping the total engagement? Could also easily explain the difference. If they looked at that, that would actually get to an insight, e.g. an easy way to up your engagement rate is to actually engage with people!

Then there are all kinds of other variables that would seemingly be more important to engagement than the time of day it was posted, like the quality of the content itself. Maybe this already reflects our bias to post the most important stuff early in the day in the middle of the week. If that’s case, wouldn’t you want to zag and post when there’s less competition?

And we all know these algorithms are now complicated. You might see posts from two days ago if it’s an account or topic you engage with frequently. You might engage with it at 9 a.m. on Tuesday, but it was posted Sunday night. So, again, what does the time it was posted have to do with anything?

I’m not just picking on this article. There’s surely better research on this topic out there, but think this is pretty typical of what I’ve seen taken as gospel over the years from other sites like Hubspot and Social Media Examiner. There’s a lot of stuff out there like this that we need to be both aware of and wary of as marketers. Curious to hear any other perspectives. Shoot us a message at hi@mountwell.marketing.